AllCornhole has a page buried down in the bottom of each page called ESPN & CORNHOLE TERMINOLOGY, which is an absolute goldmine of material for a blog post, and here we are.  Let’s review their terminology and comment on it.  Ready to go?

Ace – You receive an ace, one point, for having a beanbag land (and stay) on the board.

I’ve heard of the term Ace in many different genres, from poker to tennis to KISS, but never in cornhole. Also, if the term “beanbag” annoys you, you’re in for a bumpy ride.

Air Mail – When a player tosses a bag and it goes into the hole without touching the cornhole board, this is called air mail.

Truth, though most bags do kind of slap the side of the hole as they go on in.

Back Door – A beanbag that, either by bouncing or a swish, goes over the top of a blocker and into the hole for 3 points

I’ve never heard that term used that way, though I’ve used it for when a bag oozes in from the back of the hole.  I really need a shower after that last sentence.

Backstop – A beanbag that lands on the board, but behind the hole. This type of situation helps keep other sliders from going off the board.

I’ve heard of “backboard”, though I guess this one works.

Blocker – When a cornhole bag lands in front of the hole this is called a blocker. Mainly, it “blocks” other bags from entering the hole.

Truth, but I like how they feel the need to re-explain it in the second sentence, otherwise we’d all think a blocker was being used to keep baseballs from entering the hole.

Who the hell says that?  I’ve heard of “can of corn” in baseball, but not this claptrap.

There’s no way anyone over the age of 12 has ever used this term.  None.  Also, if you can’t count to a maximum of 12, you have more issues than we can help with.

Cornhole – A beanbag that is tossed and goes into the hole is called a cornhole. This results in 3 points for the player or team that tossed

See, and I thought this was the name of the game itself.  This would be like Wayne Gretzky scoring a hockey.  I did like that they specified that the team that threw their bag in the hole got the points.

Uh, what?  I would have believed this if you told me it was a name for one of those godawful meatless burgers.

Cornzizzle – When a single player gets four bags in the hole in a single round – a real feat!

If you actually convinced someone to use this unholy appropriation of Snoop lyrics, now THAT would be a real feat.

Cow Pie – You receive a cow pie, one point, for having a beanbag land and stay on the board

A cow pie, much like this definition, is bullshit.

Dirty Bag – Occasionally a bag hits the ground first before bouncing or rolling up onto the cornhole board, resulting in a dirty bag. Also, a dirty bag can occur when a bag first hits the board and then partially slides off with some of the bag touching the ground. When either of these dirty bags occur, no points are given for the toss

That word salad was a long-winded way of describing something different – a foul bag.  A dirty bag is one that knocks an opponent’s bag off while staying on the board.

Dirty Roll Up – When a bag first hits the ground before “rolling” up onto the board. No points are awarded for this toss

If you say so.  This more accurately describes a Chipotle burrito.

Double Deuce – When a single player gets four bags in the hole in a single round – a real feat!

Slapping “a real feat!” on the end of a definition doesn’t make it any more true.  There’s only one true Double Deuce: 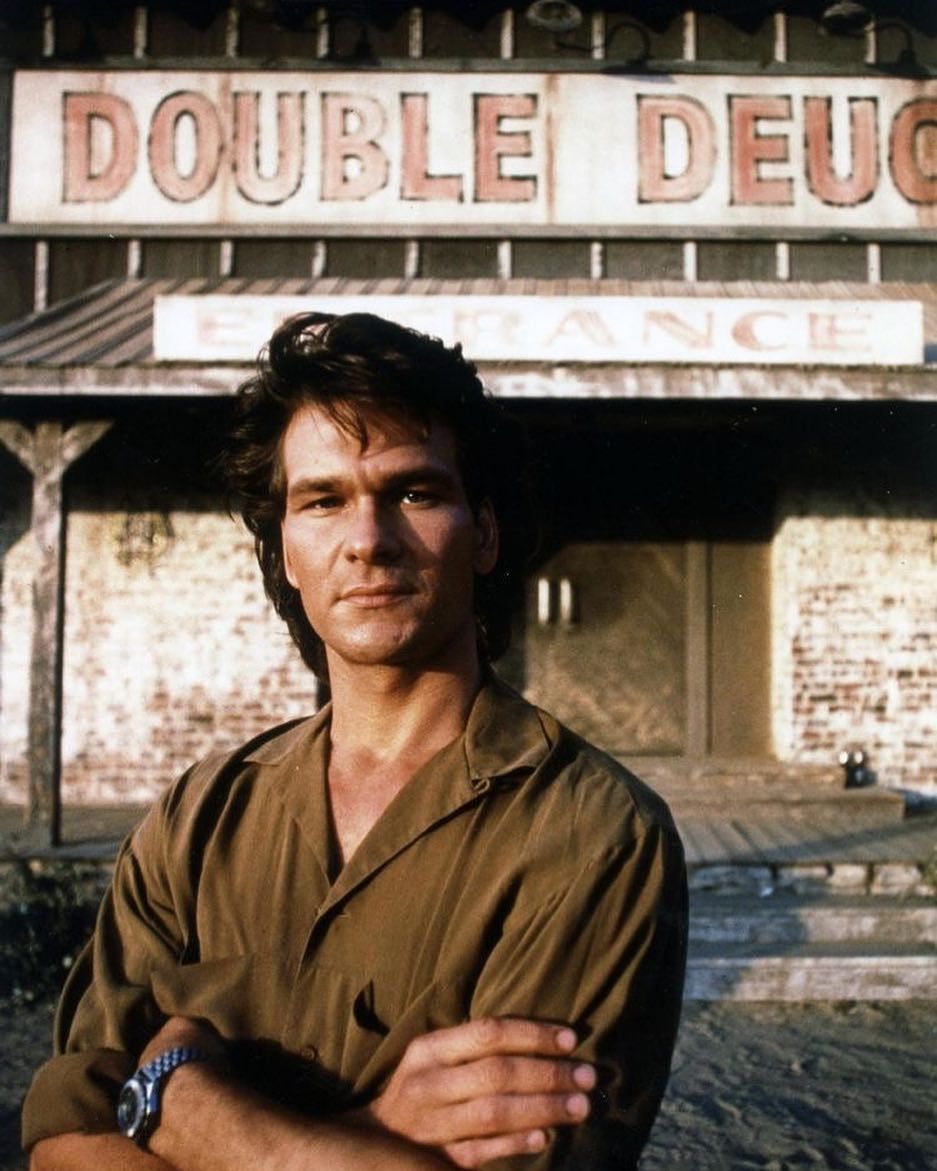 Double Stack – While most throw styles are allowed in tournaments, the double stack is not, but it is still fun for backyard play. The double stack is accomplished by stacking two beanbags on top of each other and simultaneously tossing them at the cornhole board

Not bad, though you might confuse Wendy’s or Sonic patrons.

Drain O – A beanbag that is tossed and goes into the hole is called a drain-o. This results in 3 points for the player or team that tossed

Unless you get a sponsorship from Drano, don’t use this.

I know I’m from New England and have no room to make fun of how someone talks…but how the hell do you say this without a piece of straw hanging out of your mouth?

Some players really suck.  Incidentally, I probably fit into this group.

Flop – When a bag is tossed in cornhole and there is no spin or rotation during its flight, this is referred to as a flop

Four Bagger – Similar to a double deuce or gusher a 4 bagger is when a single player gets four bags in the hole in a single round. However, in this case, without the help of their own, or other players, bags – i.e swishers or sliders

WAT.  A fourbagger is a fourbagger – four bags in the hole.  Who gives a damn if someone else’s bag helps the process?  This isn’t rocket surgery, people.  Also, I can’t wait to trash the word “gusher” shortly,

Sure, let’s piss off the disc golf people while we’re at it.

Glory Hole – When a player tosses a bag and it goes into the hole without touching the cornhole board, this is sometimes called a glory hole

You’ve got to be shitting me.

Granny – Just like in bowling, a granny shot is achieved by using both hands and tossing the beanbag from between the legs

If you Granny into a Glory Hole…no, not even I can finish that sentence without going straight to hell.

Gusher – When a singles player gets four bags in the hole in a single round – a real feat!

Whoever put these three words next to each other is either sick in the head, has a great sense of humor, or both.  Also…IT’S A GODDAMN FOURBAGGER.  NO ONE CALLS IT A GUSHER.

Hanger – Sometimes a beanbag lands on the board and is partially dangling over the lip of the hole. This is called a hanger and it does not receive the 3 points unless it falls all the way in

Hey!  That’s one I actually use!

Sure.  I mean, it’s probably stolen from golf but I think they’l get over it.

As opposed to a glory hole.

More accurately, a song played at 87% of cornhole tournaments in this country.

Jump Shot – In cornhole, a jumpshot is made when a player jumps and “shoots” the bag at the hole like in basketball

This triggers memories that need to be repressed forever.  Long time WCCCers know what I mean.

Knuckleballer – Throwing a beanbag in cornhole, just like you would throw a knuckleball in baseball

The hell?  Has anyone ever actually done this?

Light ’em Up – The popularity of the cornhole lights for nighttime play has really grown in the past few years. This phrase is one to signal it’s time to turn them on

I have 420 reasons why this one is off-base.

Lipper – A bag that is on the board, halfway hanging into the hole, but not all the way through to gain the 3 points

I like hanger better, though those idiots that like Notre Dame can try to win one for the Lipper.

Make Them Glow – The popularity of the corn hole lights has really grown in the past few years. This is another phrase signaling it’s time to turn them on!

Rim Job – Sometimes a bag will look like it is going to go in, but then it hits the side or lip of the hole and bounces out and onto the ground

These people are clearly screwing with me.  Then again, we’re talking about a game called cornhole.

This one actually works.

Shucked – This refers to a player or team that has beaten 13-0, for those that play past the 11-0 skunk

Who the hell plays to a 11-0 skunk in this day and age?  And what the hell does 13-0 have to do with ripping husks off corn?

Shucker – When a bag is tossed and hits another players’ bag, knocking it off of the board, this is called a shucker. Oh, shucks!

We went from some of the borderline R-rated terms above to “Oh, shucks”?  Go shuck yourself.

An anachronism.  Correct in maybe 20aught6.

Sky Bag – When a beanbag is tossed really high and lands far beyond the cornhole board, it is called a sky bag

Slick Woody – Like a slider, the tossed bag hits the board below the hole and simply slides up and into the hole for 3 points 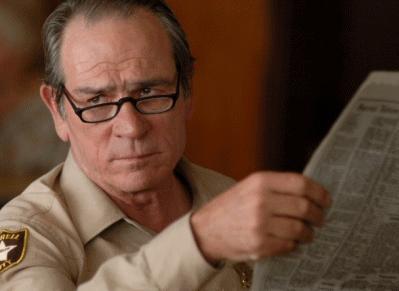 Slider – A beanbag that is tossed, hits the board further down from the hole, and slides up the cornhole board and into the hole

This refers to the most foul thing that happens at cornhole night:  farts.  So. Many. Farts.

Swish – When a player tosses a bag and it goes into the hole without touching the cornhole board, this is called a swish

Like most of these definitions, this one is weak sauce.

I thought this was a skunk?  Can one achieve a White Wash with a Glory Hole?

I can’t even.  I’m not even going to touch the word “Tosser”.

Wow!  Who knew cornhole terminology was full of euphemisms?  Now if you excuse me, I’m going to avoid a Stanker and a Rim Job while trying to hit the Glory Hole.